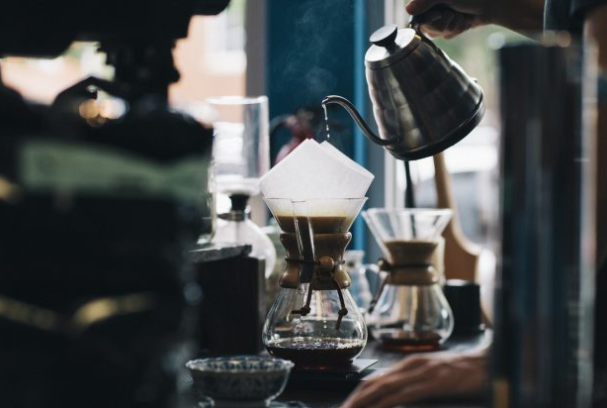 The variances in the water used for brewing coffee outside of the controlled cafe or roastery environment is a persistent quality control chimera for the specialty coffee industry. So wildly divergent is the wet stuff from one tap to the next, let alone between cities, regions and continents, that most companies can’t begin to imagine which of their carefully highlighted flavor notes actually manifest when their roasts are brewed beyond the confines of their shops.

Aquiem, a boxed water product crafted specifically for use in brewing coffee, is one recent example of an enterprise aimed at cracking this nut, catering first to aficionados through retail and aspiring to assist professionals via wholesale as well. Now, Third Wave Water has arisen, offering small, light capsules of carefully prepared powders that, when combined with the right amount of purified water, provide a consistent platform for optimal extraction. 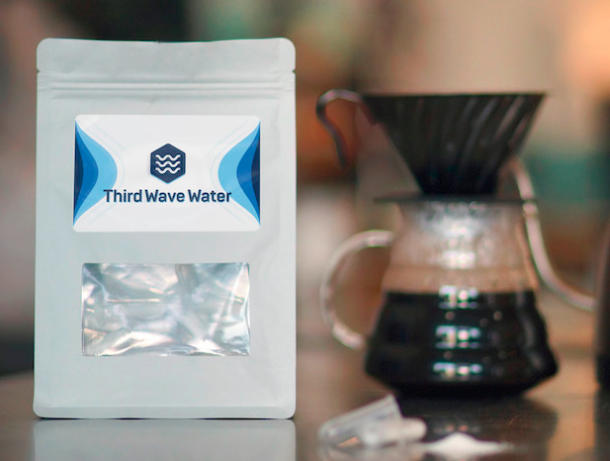 Where Aquiem seems to suggest that the convenience of a prepared, ready-to-brew water is worth the efficiency, energy and financial cost of manufacturing, packaging and shipping a boxed liquid, Third Wave Water capsules go for portability and a reduced footprint while requiring the end-user to do the mixing, which is by no means difficult. One capsule re-mineralizes one gallon of distilled or reverse-osmosis-purified water, and the result, according to the company, is a dramatically improved cup made from a consistent water that they hope could become a standard for the entire industry, worldwide.

“Two weeks ago I started having international shipping on the website, and I’ve sent it to 15 different countries,” Third Wave Water CEO and CTO Taylor Minor told Daily Coffee News. “I got an email last night from a guy in Iran. Now I’m trying to figure out whether or not I’m allowed to send it to him.”

While the water problem is old, this solution (both literal and figurative) is very new. The notion first came about roughly five months ago, Third Wave Water was founded about three months ago, and sales launched last month. However, prior to the summer of 2016, Minor’s concern over water quality had dogged him for years, given that he is also founder of Cedarville, Ohio-based Telemetry Coffee Roasters, which began in 2008 under the name Stoney Creek Coffee. “I feel like an old soul when it comes to coffee,” said Minor, a member of the Roaster’s Guild, Barista Guild, and Coffee Technicians Guild. 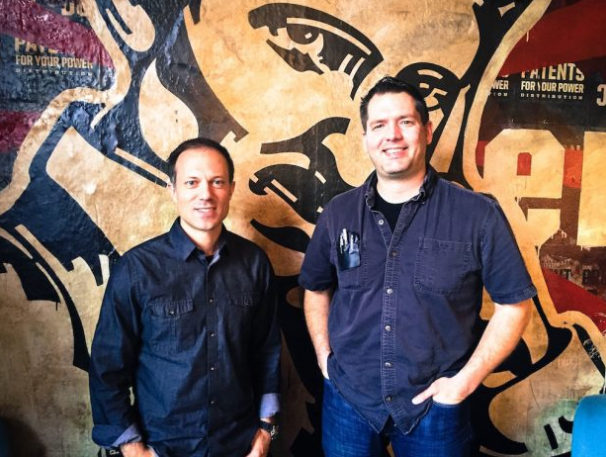 A passionate, perfectionist tinkerer, Minor outfitted Telemetry with a fairly intense water treatment system, even by specialty coffee standards. “When I get into a project I tend to go a little crazy,” said Minor, who decided to mount the system to the wall of his café with pipes running up towards the ceiling for maximum visibility in an effort to drive home the importance of proper water, which reaches the café from the Cedarville public water main measuring a whopping 26 grains of hardness.

“I actually have this elaborate set-up where I half-soften the water, I then have an r.o. where I blend back in, and then I have two 20-gallon storage tanks, and then another carbon filter to take off the flavor,” Minor said. The system works well for his commercial use, but without a practical home-scaled equivalent, he’ll sometimes send Telemetry customers home with a supply of water off of the café system.

Charles Nick, president of Third Wave Water and founder of Ohio-focused curated coffee subscription company The Wright Cup, sat down for lunch with Minor one day. “He was like, ‘Man, I should figure out a way to bottle your water so I could ship it to my customers,’” Minor recalled. “I jokingly said, ‘Well, let’s send them dehydrated water.’ And then right when I said that I was like, you know what? I bet I could do that.”

In the full laboratory Minor keeps in the Telemetry roastery, he grinds magnesium in his Versalab grinder for blending into a recipe that he tinkered with through trial and error, finding just the right quantities to combine at the right times and in the right environment so as to avoid caking or other pitfalls. A few days later he handed Nick some capsules, and he came back ebullient, seeing major potential for what then became a serious project. 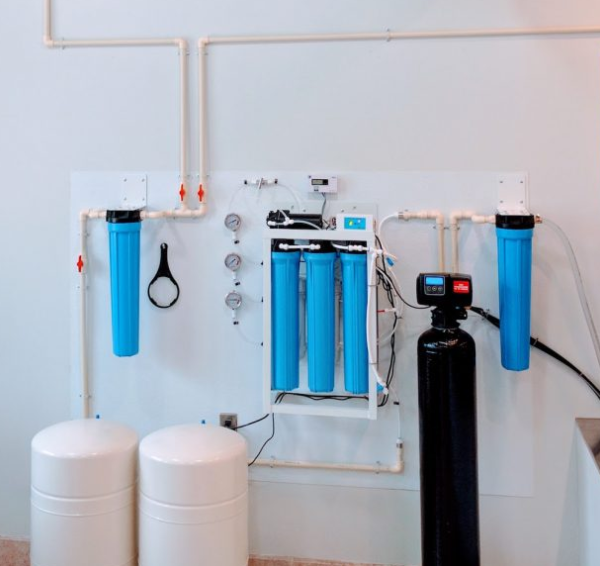 Minor suggested the coffee industry as a whole has shied away from addressing the home water issue with practical solutions due to the immensity of variances. Many coffee professionals may refer consumers to water recommendations and standards found on the web, which in most cases is not practical for home brewers.

While the Third Wave Water formulation has much in common with the SCAA recommendations for water content, it’s not intended to be an exact match. Specifically, TWW has zero alkalinity, while the SCAA recommends a reading of 40. It’s also not necessarily engineered as an equipment-saving measure, though it may be better in that regard than some waters people might be using. First and foremost, the goal of TWW is a matter of flavor, extraction efficiency, and standardization.

Said Minor, “I have three brewers who are going to be using our water in competition in Knoxville and in Austin.”

There’s been some exploration with tea companies, while Minor is also working on a kit specifically for competitive baristas and other industry pros, containing perhaps five different water profiles to help them determine what’s best in highlighting the targeted characteristics of a given bean or roast.

“That’s kind of the future,” said Minor. “It’s roasters being able to have a water profile that mixes specifically for the roast profile.”

More immediately in 2017, Minor and Nick intend to give Third Wave Water a manufacturing and packaging overhaul, scaling up and streamlining the process. A Kickstarter to support that effort will launch in January, although the product itself has been and will continue to be available for purchase in pre-production form from the company’s website.

Howard Bryman
Howard Bryman is the associate editor of Daily Coffee News by Roast Magazine. He is based in Portland, Oregon. 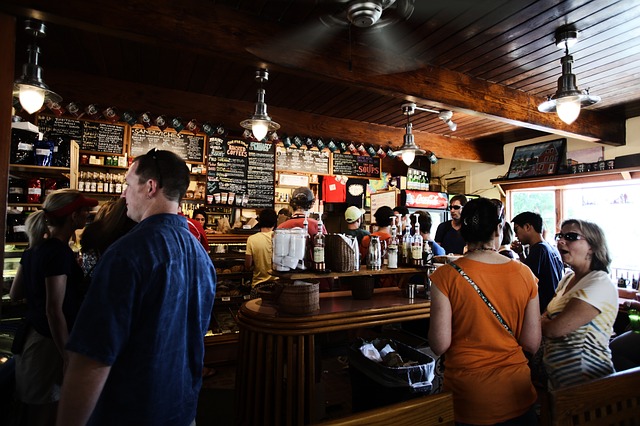 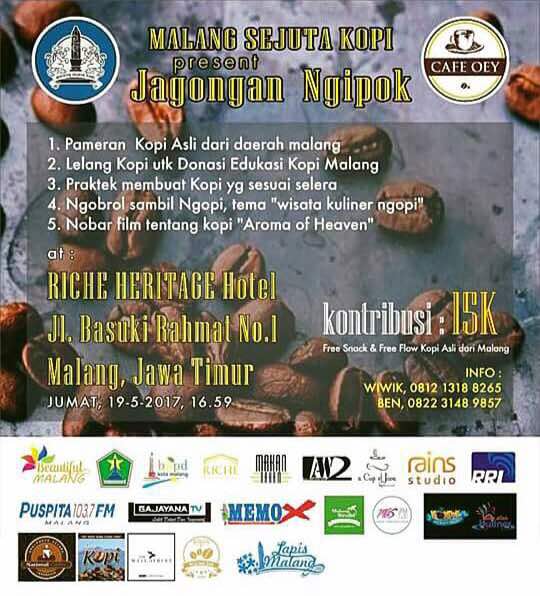