Our journey to Pangalengan have to cope with long traffic jams and very crowded places in Banjaran due to narrow roads and more increasing amount of vehicles in this area, which is a good spot to test you patience. Distance of 40 km to south side of Southern Bandung has to be reached more than two hours so this group of West Java Single Origin Tour from Jakarta which consist of two cars has been driving nearly 4 hour. But all of this fatigue seems worthed upon seeing greens of tea plantation when entering Pangalengan which is well known for its vegetables commodity and dairy products. Our vehicles heads to foot hills of Mount Malabar to see Supriatna Danuri (47), a well-known coffee since Temu Lapang Kopi in Puslit Koka Jember on June 2011.

We were greet by the host to see Nuri’s coffee processing facilities. On her quite lengthy front porch, we can see fermented coffee beans which are being dried up and two of his employees working to inspect water contents in these bean with special tools before doing parchment or hulling.

A couple of meters from here there is a hundreds of Luwak sanctuary that own by Nuri’s since 2000 and occasionally become a training facilities for farmers across Indonesia.

Danuri, or Nuri, is a sample that makes Dr. Surip Mawardi, senior researcher from ICCRI, invited to speak in front of hundreds delegation in Temu Lapang Kopi Indonesia. On those event, Nuri tells about this experience in raising Luwak and how to treat this nocturnal animal with affection.

Although he as known as a successful businessman which has succeeded in breeding Luwak, Nuri keep focusing his attention on expanding arabica coffee. “Luwak only gave 5% from total coffee production each year which is approximately 200 tons”, as he says during out meeting yesterday. But his expertise in doing research and documentation made him famous as National Geographic representative came and tries to buy his film for hundreds of dollar which he declined. He only show them the movies in his house.

Interested on this particular animal has come from his effort while living for 1,5 years inside forest to examine and learn the animal characteristic, which active only in night. Now his sanctuary has 500 Luwak and some of them has already been released to its natural habitat due to preserve this animal. He still actively invited by some local governments tho share his knowledge on luwak and never hesitate to sit with someone with higher education.

Arabica coffee plantation has to be in altitude more then 1000 meter. This is also happens in Malabar area (1400 meter). Located in remote area with roads which only special vehicles or by offroad motorcycle. Two 4×4 double cabin car has been prepared by the host and we on route to hills with hish steep and curves that no ordinary car would managed. Less then 30 minutes we have arrive in this 200 acres of plantation.

Some of the sector are ready to be harvested which has cherry red beans. This plantation has been source of income for more then 300 family in Malabar under the guidance from Nuri and Michael Utama from Kopiku Indonesia.

“Back then, local farmers are satisfied with selling their beans in mixed, raw and mature. This I because there are no selection process. But with the help of Mr. Michael from Kopiku Indonesia, eventually this farmers are directed to only sell mature beans or red ones. “It took sometimes to get use too, but the good thing is nowadays this farmer can taste much bigger profit from before”, says Nuri to me.

Now Nuri has represent multiple farmers group in Malabar area which targeted 600 acres of land whilst waiting for official announcement of “Malabar Java Preanger” as one of the four Geographical Indicator.

Without being noticed, this coffee from West Java has began its introduction on a coffee shop in New York through Kopiku Indonesia. Of course Nuri and hundreds of local farmers can be proud, their coffee is beginning to compete with other nations product. Nuri’s goal and effort has began to come true. The coffee from Pajajaran soil is no longer another romantic story when Dutch starting to grow coffee in Priangan.

Tuesday afternoon with a drizzle in Malabar, Pengalengan, I only wanted to say  “every cup of coffee has been divine !”. 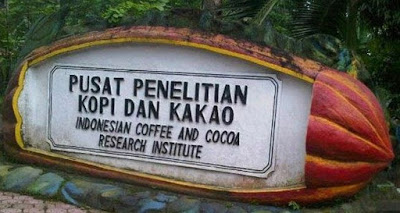 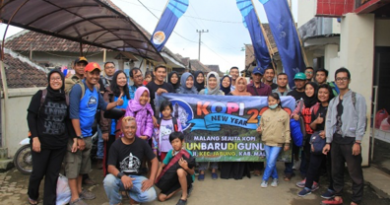